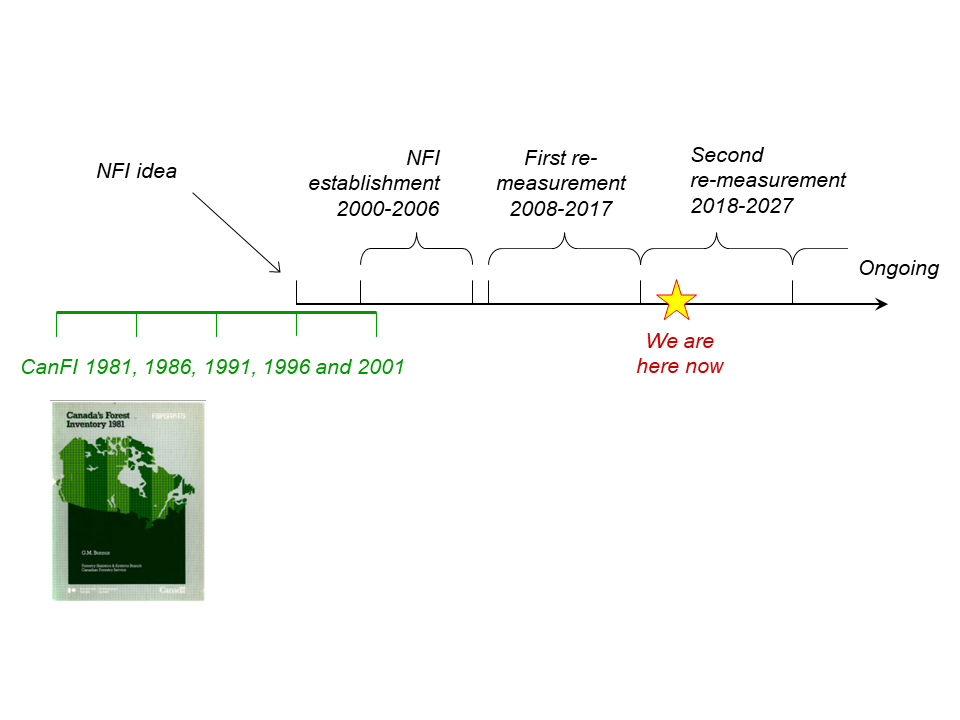 Canada has continually improved the methods used to gather, compile and report information on national forest resources. Prior to 1981, the process consisted of a compilation of information derived from questionnaires that were completed by provincial and federal forest management agencies.

In 1981, a computer-based system, known as Canada's Forest Inventory (CanFI) was developed to summarize the data obtained from the management agencies. CanFI converted the best available data from provincial and territorial inventories into a national classification scheme. The data were then aggregated for storage, analysis and reporting.

In 1996, an article in the journal, Forestry Chronicle, described the need for a new National Forest Inventory (NFI) with a statistically valid sampling approach, a consistent methodology and a network of plots to provide the framework for ongoing re-measurement and monitoring. A cooperative multi-agency approach was recommended. The NFI's design-based statistical survey of permanent, geo-referenced plots that sample all of Canada's forests was established over a seven year period, from 2000 to 2006. The first, ten-year re-measurement cycle was started in 2008 and is scheduled for completion in 2017.

NFI data have been used to produce a suite of continuous maps of forest properties.

The NFI online biomass calculators have been updated to use the latest biomass models.

The NFI first remeasurement data reports are available now. You can download here.